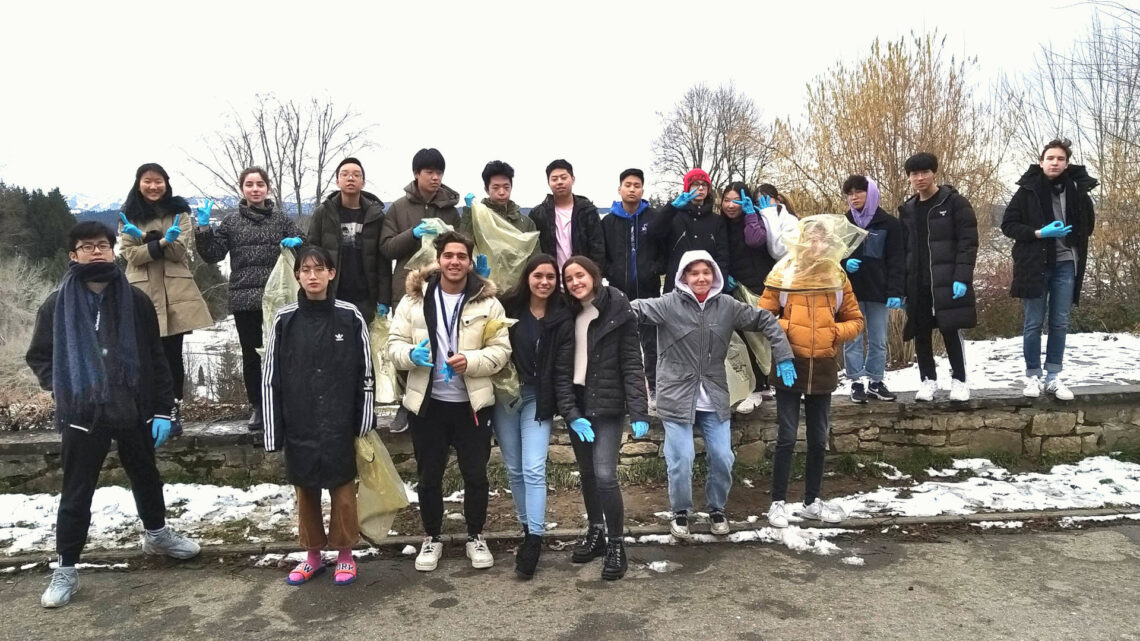 Students of the Humboldt-Institut in Lindenberg spent a total of five weeks thinking about how they could protect the environment as part of a sustainability project.

For example, they cooked and baked with regional and seasonal ingredients. Students thought about how to save water when brushing their teeth and taking a shower. They considered how meat consumption affects the environment and what contribution each one of them can make. But the students also took a look outside the institute: they learned a lot about waste separation and waste avoidance at the Kempten waste incineration plant and the adjacent sorting plant.

But the students also got active themselves. As part of the activity program in the afternoon, the girls and boys made sustainable products such as beeswax cloths and coffee to-go cups from bamboo.

But the largest part of the sustainability project was the “plogging” component. For a better understanding here is a short definition: plogging is a combination of the Swedish word plocka for collecting and jogging. The idea for this sport, which combines exercise in the fresh air, social commitment and environmental protection, comes from Sweden and quickly spread internationally thanks to social networks. Since 2016, many people do not only laced up their running shoes, but also take gloves and garbage bags with them, when jogging or plogging.

The young students at the Humboldt-Institut in Lindenberg also took part in this trend. During five weeks the students were outside collecting garbage for 1.5 hours a week in the east of Lindenberg. This campaign brought together almost ten big bags of rubbish and three buckets full of glass bottles and broken glass. Of course, this waste was then properly separated and disposed of.

Students from 11 nations worked together and committed themselves with very simple means for a more beautiful Lindenberg. Because a clean environment is important for all of us! And what is your contribution?