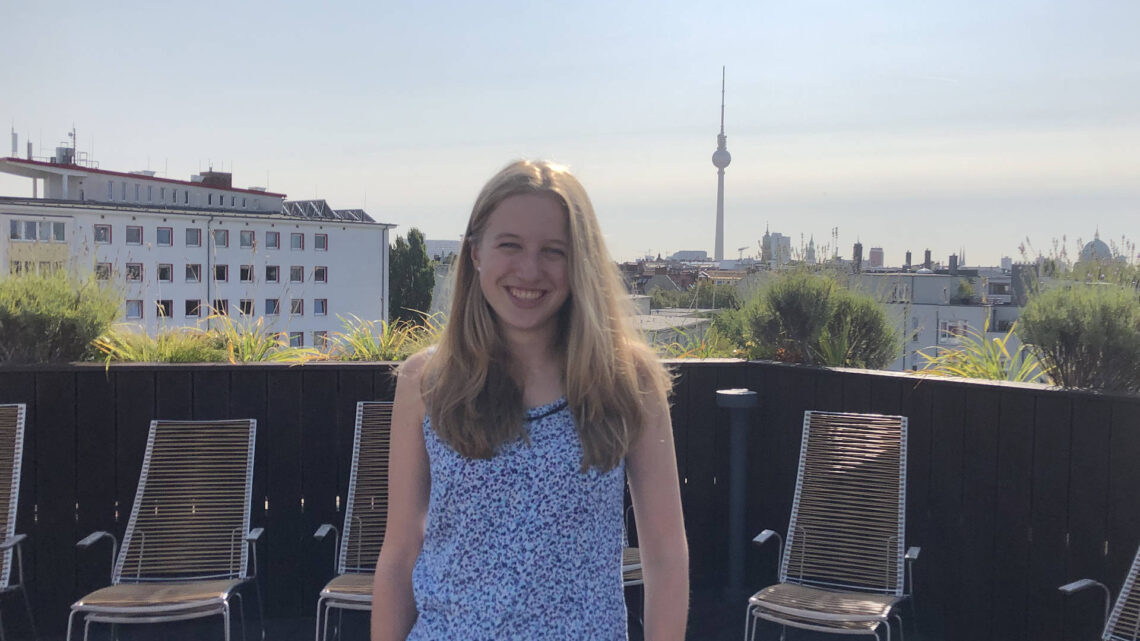 Why do you learn German?
I have already learned German at school for four years. My grandfather was a soldier in West Berlin during the Cold War. My father and sister also love German. That is why I decided to take a three-month German course. My father had also chosen the language school [the Humboldt-Institut] for my sister, who unfortunately couldn’t come this year because of Corona, but at least she took an online course with Humboldt.

What do you do and what are your plans for the future?
I will start studying geography in Bristol this fall. During the course of my studies I plan to go to the University of Hamburg, as there is an exchange program between the two universities.

Where do you live during your German course?
During my time in Berlin I opted for the in-house program in the Humboldt residence because it made it easier for me to get in touch with other students from all over the world. There was always someone to do something together with.

Thank you for the interview!

Starting from December 1, you have the chance to win a two-week German course and other prizes in the Humboldt Advent Calendar. More information will follow shortly in this blog, on Facebook and Instagram.