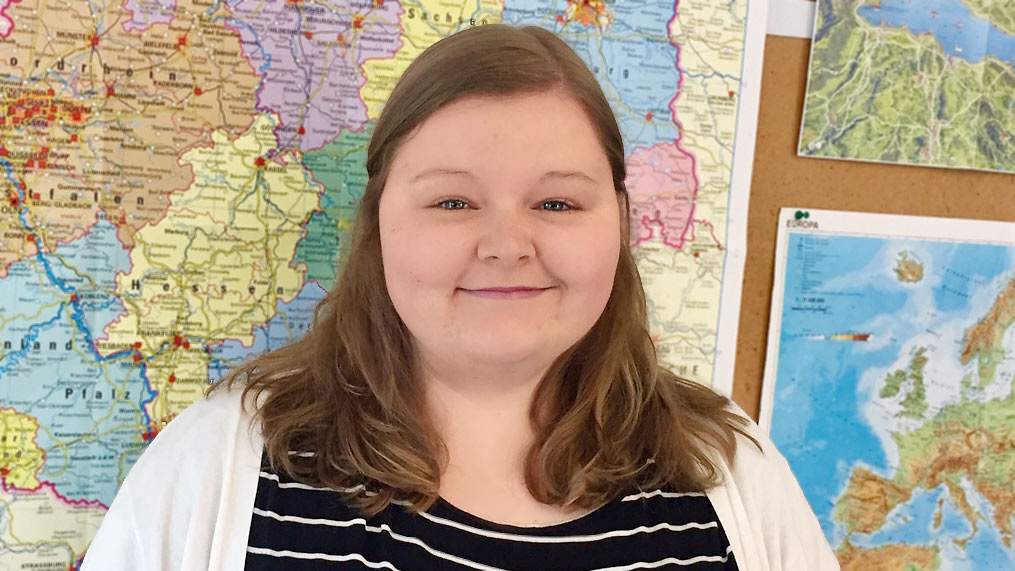 Audrey from Canada heard of the Humboldt Advent Calendar from a friend on Facebook. Shortly later, she won the first prize, a two-week German course in Constance. It was Audrey’s first time at the Humboldt-Institut and she attended an A1 German course.

How did you learn about Humboldt?
A friend of mine – she won this prize in 2017 and also went to Constance – shared the link with me on Facebook. The competition was the perfect opportunity for me to take a German course. As a student it is always a financial questions, too. After finishing the course I’ll take the opportunity to travel in Europe.

Why do you learn German?
I love German and Germany. Back in 2014, I participated in an exchange program near Fulda (Hesse).

What do you do and what are your plans for the future?
Currently I am enrolled at university and would like to become an elementary school teacher. Maybe one day I’d like to teach in university as well.

Your favorite German word?
Schwarzwälder Kirschtorte (= Black Forest cake, a chocolate sponge cake with a rich cherry filling). I’ll surely bake this cake when I am back in Canada!

Which German word makes you laugh?
Döbele (the name of a bus stop in Constance).

What would you miss when staying abroad for a longer period of time?
Poutine, a dish from Quebec consisting of fries, cheese curds – that squeak while chewing – and gravy.

Thank you for the interview!

Starting from December 1, you have the chance to win a two-week German course, Humboldt polo shirts or a Humboldt water bottle in the Humboldt Advent Calendar. More information will follow shortly!