A Special Reunion with Angelo from Italy3. September 2021 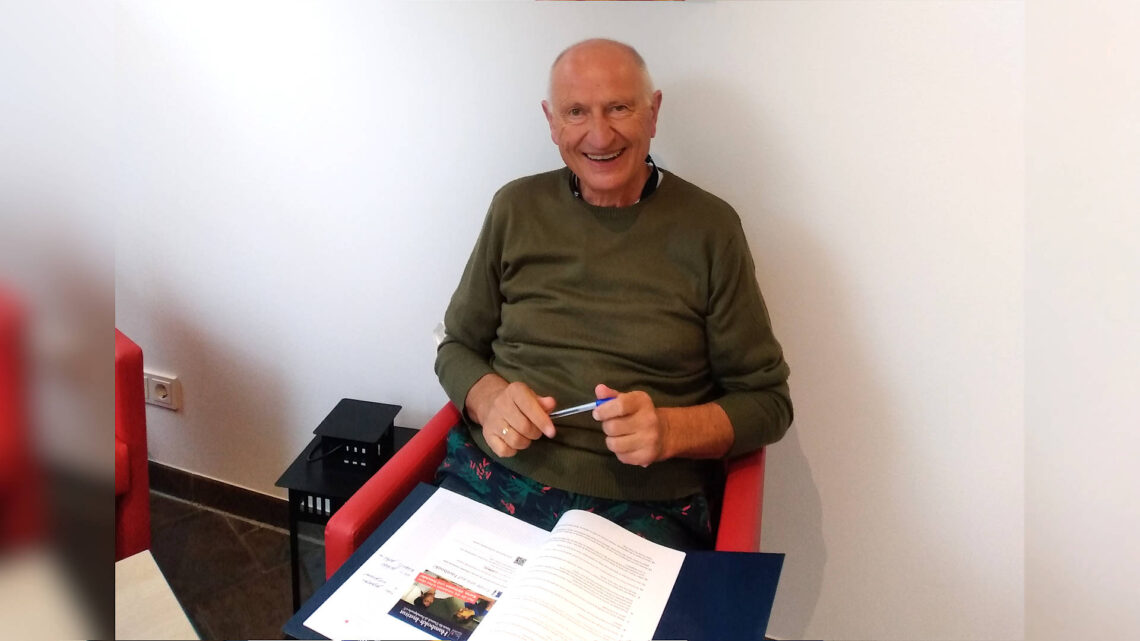 This August we welcomed a very special returning student in Berlin:
Angelo from Italy attended his first course at the Humboldt-Institut back in 1981, at that time still in Ratzenried. He is now retired and after 40 years made his way back to Germany:

When did you take your first German course at the Humboldt-Institut?

That was in the summer of 1981 in Ratzenried Castle. I was 28 years old at the time and was already working for a bank in Italy. My big hobby was traveling abroad, especially to learn languages ​​there. Back then, I have sent my course application by mail, which is almost impossible to imagine today.

I still fondly remember my time at the castle and Norbert, the president of the Humboldt-Institut, who often greeted me with the phrase “You look great today!”.

Because of these wonderful memories, as a pensioner I have decided to return to the Humboldt-Institut one more time.

Why are you learning German?

I have been going to Zurich every summer since I was 13 to visitmy father, who worked there. Since I had a lot of free time there, I asked my father to buy me a book in order to learn German. My goal was to speak and understand German like a native!

What motivates you to learn languages?

I love the German language and also the other languages ​​that I speak (English, Spanish and French). My motivation is to speak languages ​​and thus to be able to communicate with people. When I was between 20 and 30 years old, I went abroad every year. First to England, then to Austria and Germany, where I attended summer language courses.

Because of my language skills, I was able to live and work abroad for a while. I once worked for three months at Dresdner Bank in Frankfurt and then for a year in Madrid at Banco Popular.

Berlin is huge, diverse and full of history! I was in Berlin once before in 2011 with my wife and son for a house swap. A family from Pankow has swapped houses with us. We spent some time in Berlin and in return the other family lived in our house in Italy. A wonderful experience!

How do you see your German course now and then? Has your perspective changed as a young student and now as an older student?

My experiences have always been positive. It’s just great when young and older students from different countries meet to live and learn together. For me this is a very special kind of vacation! But 40 years ago I found learning to be much easier.

Thank you very much for this interview, Angelo!